Car production in the UK fell by close to 10 per cent last year and automotive industry investment by nearly 50 per cent according to new figures, with Unite blaming a “toxic cocktail” of economic and political failure by the government. 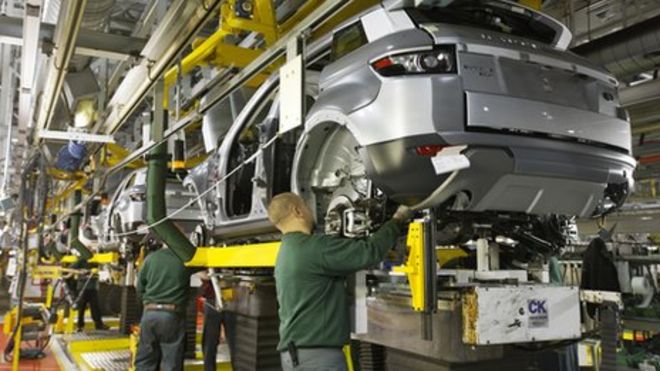 Car production for the British market fell by 16.3 per cent and investment fell by almost half to £589m, leading the SMMT to warn that the automotive industry was on “red alert” over the prospect of a no deal Brexit.

Commenting on the figures, Unite assistant general secretary Steve Turner said, “The UK’s government is lurching from one failed policy to another as it seeks to unite itself rather than our nations.

“This ‘toxic cocktail’ of failed economic and political policy has resulted in a collapse of consumer and corporate confidence and thousands of skilled jobs haemorrhaging from car plants and the wider supply chain.”

Although any UK redundancies are expected to be voluntary and few production roles will be hit, the announcement came in the wake of 1,000 temporary jobs axed last year at the company’s plant in Solihull while staff at its Castle Bromwich plant moved to a three-day week.

It was also revealed this month that Ford is planning to cut up to 1,150 jobs in the UK, with almost 1,000 at the firm’s Bridgend site and the rest at Ford’s transport operations, which would affect lorry drivers across the UK.

The announcements came after car parts manufacturer Schaeffler said it will be closing its factories in Llanelli and Plymouth with the loss of 350 jobs.

All three firms have cited Brexit uncertainty as a major concern and warned of the devastating consequences leaving the EU with no deal will have on their businesses.

In a statement today the SMMT said that Brexit uncertainty has already done “enormous damage to output, investment and jobs”.

Turner agreed that the government’s failure to achieve a Brexit deal which secures the frictionless trade vital to the car industry is the most pressing threat to the union’s automotive members.

“But on top of this, government failure to support infrastructure investment supporting alternative fuel vehicles, to develop UK based electric and hydrogen vehicle technologies or to proactively intervene in the economy to encourage new sales of cleaner vehicles, are all adding to a growing concerns,” Turner added.

“Unite has repeatedly said that the government needs to develop a meaningful coherent industrial policyand the difficulties currently being faced by the car industry demonstrate firstly that this has not happened and secondly, why this remains imperative.”