Automotive giant Nissan confirmed on Sunday (February 3) that it would be cancelling plans to manufacture its newest X-Trail model at its plant in Sunderland amid continued Brexit uncertainty and falling diesel demand in Europe. 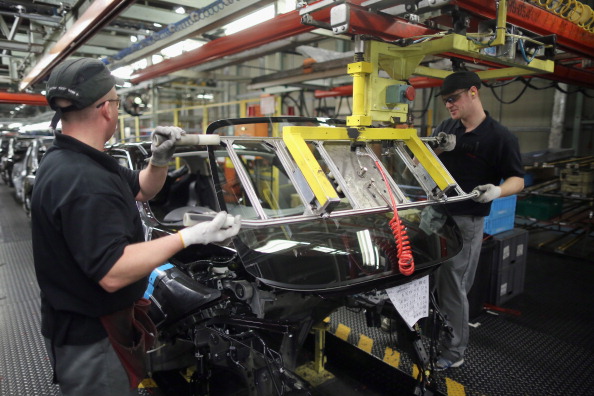 The news is a major blow for Sunderland and the surrounding area, where jobs outside of the Nissan plant and the wider supply chain are often poorly paid and insecure.

Nissan has confirmed that production of the next generation Juke and the Qashqai will stay in Sunderland as planned, with no reduction in the number of current jobs, but that the new X-Trail will be manufactured in Japan.

“While we have taken this decision for business reasons, the continued uncertainty around the UK’s future relationship with the EU is not helping companies like ours to plan for the future,” Nissan Europe Chairman Gianluca de Ficchy said in a statement.

The decision to cancel production of the X-Trail in Sunderland, which was expected to create hundreds of highly skilled jobs, comes only two years after the government gave Nissan post-Brexit assurances, including a reported £60m support package which prompted the firm to plough investment in the Sunderland site.

Now, the government is said to be considering withdrawing the support package after Nissan gave the government less than 24 hours’ notice of its plan to cancel X-Trail production, according to the Times.

Business secretary Greg Clark, who is due to give a statement to the House of Commons on Nissan later on Monday (February 4) said that he was “very disappointed” by the decision to cancel X-Trail production in Sunderland.

He told the Financial Times that Nissan’s senior management in Japan warned against a no-deal Brexit which they said would “cast a shadow over their future in Britain” and served as a “warning sign”.

Unite representatives met with Nissan management at the Sunderland plant today (February 4) after the X-Trail announcement.

Commenting after the meeting, Unite acting national officer Steve Bush said that Nissan was “left in no doubt of our anger and disappointment over how the X-Trail announcement leaked to the media over the weekend”.

“It has caused a great deal of anxiety among a workforce in one of the most efficient and productive Nissan factories in the world,” he said.

“We pressed for guarantees on jobs and future production levels at Sunderland and received firm assurances that the future production of the Juke and Qashqai is unaffected and this is solely an X-Trail decision,” Bush added as he noted that Unite will continue to press for further long-term guarantees over investment to secure the site’s future.

“What this whole sorry saga shows is that the sector-wide uncertainty caused by Brexit urgently needs to be addressed by ministers because it is draining the industry of skills, investment and new jobs,” he went on to say.

“The government also needs to get a grip and do more to support car workers and the industry in the transition away from diesel to alternatively powered vehicles.”

Bush criticised the government for “trashing diesel” while “pulling the plug on grants which help people buy electric and alternatively powered vehicles” has served only “to confuse customers and the industry.

“Government ministers need to be far more ambitious and invest more in electric charging infrastructure, research and development to ensure the UK car industry has a bright future,” he emphasised.

Speaking to Sky News on Monday (February 4) afternoon, Unite assistant general secretary Steve Turner highlighted that the latest news about the X-Trail was “incredibly disappointing for the 740 direct jobs that would have been created as a consequence [of investment], apprenticeships and the wider supply chain, where hundreds more jobs would have been created”.

But, he added that “investment decisions that have already been made” over the Qashqai, Juke and LEAF models “had been confirmed” to Unite in the latest meeting with management, meaning that the existing workforce would “retain stability”. This, Turner said, “should be good news” for workers.

Turner likewise slammed the government for its failure to support the UK auto industry at a time of transition away from diesel.

“The government mess over its whole handling of diesel and the transition to alternative fueled vehicles is all adding up to a perfect storm which is creating real anxiety among those manufacturers and the wider supply chain as to the future of manufacturing in the UK,” he said.

News that Nissan will be moving production of the X-Trail away from the UK comes just weeks after both Jaguar Land Rover and Ford announce thousands of job cuts globally, including some in the UK.

Unite has blamed the job losses and investment decisions among UK car manufacturers in part on confusion over the government’s diesel policies.

The government has pledged to ban diesel cars by 2040, but has so far taken a piecemeal approach to ensuring a just transition to electric cars.

Unite believes the ban and mixed and misleading messages from ministers have prompted consumers to hold off on buying new diesel cars over potential concerns about their future value and environmental and health impact.

But in the process, consumers have kept their older petrol vehicles – which are in fact far more polluting compared to cars with new diesel engines, which rank among the cleanest and most efficient engines in the world.