Unite has warned Theresa May that she must drop her Brexit red lines if her plan to enter talks with Labour to break the impasse over Britain’s future outside of the EU is to be successful. 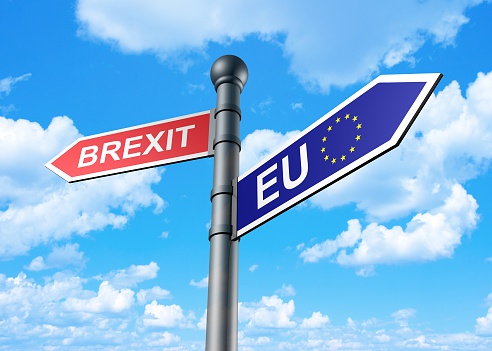 Following a seven hour meeting with her deeply divided cabinet yesterday (April 2), May said she would meet with Jeremy Corbyn to find a way out of the Brexit logjam.

In a significant change of direction, the PM said she would ask the EU for a short extension to next Wednesday’s Brexit deadline in order to come up with a way forward that a majority of MPs will vote for.

With a deal that involves a customs union with the EU – a motion tabled by Tory MP Ken Clarke and which is also Labour’s policy – only failing by three votes during Monday’s series of votes seeking a Brexit solution that MPs across the house can agree on, it likely that May will have to soften her stance if consensus is to be reached.

Seeming to row back on her record of locking parliament out of the process and refusal to countenance approaches that would find cross-party approval, the PM said it was time to “find the compromises to deliver what the British people voted for”.

In response, Jeremy Corbyn said he would be “very happy” to meet May to discuss a Brexit deal.

In a video recorded for last night’s special live Brexit edition of The Martin Lewis Money Show, Corbyn laid out the impact of Brexit on people’s pockets and called for a deal that includes a customs union.

Corbyn said, “Workers and industry are facing huge uncertainty, which means businesses are not investing to create new jobs and some are even cutting jobs as we are seeing in the car industry. And when good jobs go that has massive knock-on effects: on other businesses, on high streets and on whole communities.

Meanwhile,  Pat Rafferty, Unite’s Scottish secretary, called upon the SNP’s MPs at Westminster to drop opposition to Labour’s efforts to find a Brexit solution that puts jobs and communities first.

“There are 80,000 Scottish jobs that will disappear if we leave the EU without a deal,” Rafferty said. “While there is any risk of this happening, which there is with this Conservative government, we are saying to the SNP do what is best for Scotland’s workers.

“That means working with Labour to secure a legally binding customs union, a vital measure that removes the risk of a destructive hard Brexit,” he added.

“Our members will be extremely concerned about any failure to do this or actions that effectively block measures that can protect jobs.

“Of course this situation is not ideal and we know where the blame for this chaos lies but this is time for parties to put their politics to one side and do what is best for Scotland.”

Unite general secretary Len McCluskey said May must bear responsibility for the Brexit crisis and follow her own advice by compromising on her hard Brexit stance.

He said, “Theresa May blames everyone but herself. Now, at the 11th hour and 59th minute, she is doing what she ought to have done the day after the 2017 general election – realise there is no mandate for her red lines. She must now be clear that she has rubbed them out.”