On his first visit to Wales as prime minister in late July, Boris Johnson was warned that “civil unrest” could breakout if he plunged the UK into a “catastrophic” no deal Brexit on 31 October. 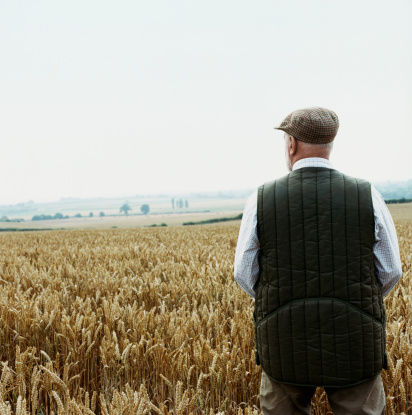 The warning was particularly clear from Welsh sheep farmers, who face being hit with a 40 per cent tariff to access EU markets that account for 92 per cent of their lamb exports. The National Sheep Association said its members would blockade roads if no deal comes to pass.

The alarm bells ringing from all corners of Wales’ rural economy are part of a cacophony of concerns emanating from the UK’s food industry over the dire consequences of crashing out of the EU – where the majority of UK food is sold.

“The talk of Welsh farmers rioting is because their whole way of life will be gone under a no deal Brexit,” said Unite national rural and agricultural committee member and farm worker Steve Leniec.

“But it’s not just lamb, it’s beef and various other things we export to Europe. Market access for these products will go if there’s no deal.”

Britain’s food industry employs 450,000 people, with more than 4m others working in the food supply chain, and accounts for 17 per cent of all UK manufacturing.

The Parliamentary Committee for Exiting the EU has warned that a no deal Brexit would hit food supplies and be disastrous for UK farming, raising food costs and putting jobs at risk.

The consequences of Brexit uncertainty are already being felt in those parts of the food, drink and agriculture (FDA) sector that have close links with the EU or are reliant on labour from the bloc.

Northern Ireland’s largest employer, poultry products producer Moy Park, which employs 8,000 people, has sought to minimise damage to its operations by relocating its HQ and research and development facilities to the Republic of Ireland.

Food firms and farms that rely on EU workers are increasingly worried staff shortages that accelerated after the 2016 referendum will increase – risking crops rotting in fields and factories being under staffed.

Leniec said the trend has already started to bite in Oxfordshire – with eastern European farm workers in the county deciding to pack up and go – and will get worse under a no deal Brexit.

“They don’t feel welcome and the pound has absolutely tanked so they’re not earning what they were. This year, crops have been left unpicked and that’s just with the threat of a hard Brexit. If there’s no deal there’s going to be even less workers coming over,” said Leniec.

The risk of foodstuffs going bad under the chaos of a no deal Brexit is not just limited to unharvested crops.

As with the just in time supply chains in manufacturing, the transportation of food is highly time sensitive. Long delays due to imposition of customs controls and checks along UK/EU borders will result in millions of pounds of produce rotting in transporters.

This would also be the case for food imports from Europe, which accounts for 30 per cent of Britain’s total food supply. Industry specialists warn that leaving the EU without a deal risks shortages – especially of fresh fruit and vegetables – within weeks.

Inevitably shortages, as well as mandatory WTO import tariffs, will lead to food prices going up.

The government’s own no deal calculations predict increases of 10 per cent, although industry leaders think it could be higher.

Although the possibility of striking trade deals with nations outside of the EU has been touted as a way to keep food prices down, this comes with considerable risks, particularly when it comes to the US.

US farmers, backed by the no deal supporting Trump administration,  have already lobbied trade negotiators to open up post-Brexit UK markets to American produce banned in Europe.

This would hamper trade relations with Europe, which would place heavier restrictions on imported agricultural products from the UK. Additionally it would weaken food safety standards by encouraging UK farmers to adopt similar methods to compete with cheap US imports.

Food security academic and Unite member Charlie Clutterbuck said, “It’s not just chlorinated chicken or beef injected with growth hormones, it is white blood cells in milk and cheap corn. The risk is that standards would be driven down (in Britain) by cheap imports and that it would be a free for all.”

Unite national officer for food, drink and agriculture, Bev Clarkson, said the government is in danger of “crippling” the UK’s food industry through its no deal stance.

“Boris Johnson’s government is pushing the UK ever closer to an economic precipice with its hard Brexit threats. The impact on working class communities across the country will be huge, especially so for those that depend on a rural economy intertwined with EU food standards, markets and labour,” Clarkson said.

“It is no exaggeration to say that crashing out of the EU will cripple the UK’s food, drink and agriculture sector. Pursuing no deal is an option no responsible government would entertain. Boris Johnson must act in the national interest, take no deal off the table and strike a deal that projects jobs and living standards.”