Unite has branded Theresa May’s Brexit promises as “worthless” following the publication of a joint document on Britain’s post-Brexit relationship with the European Union. 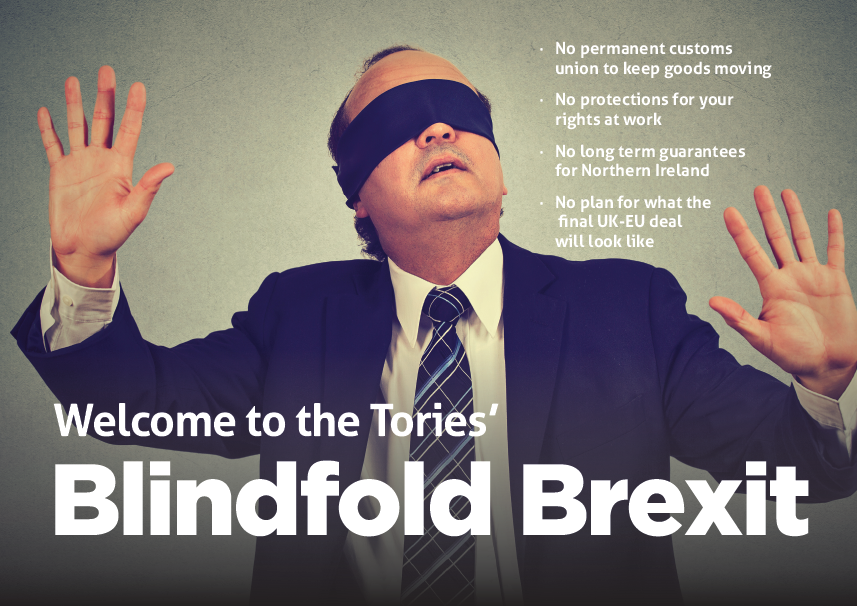 The draft political declaration between the UK and EU – yet to be ratified by Parliament or European leaders – makes no mention of “frictionless trade” and leaves the door open to a damaging hard Brexit, including trading barriers.

It does not guarantee workers’ rights and states that Britain will leave the European Atomic Energy Community and the European Aviation Safety Agency – both vital for industry.

“This is a document that could have been written two years ago and to use the prime minister’s own words ‘nothing has changed’.”

The declaration, published after May made a panicked last minute trip to Brussels yesterday (November 22), was described as “26-pages of waffle” by Labour leader Jeremy Corbyn.

“They have managed less than one page per month since the referendum… This is the ‘blindfold Brexit’ we all feared – a leap into the dark.”

It follows the release of May’s Withdrawal Deal last week, which prompted a near cabinet meltdown.

The release of the declaration today prompted further shockwaves for the government, as MPs from across the political spectrum condemned it.

Unlike the Withdrawal Deal, the political declaration does not contain any concrete policies to do with Brexit.

Instead it lays out a set of non-binding “aspirations” and items to “consider”, which will form the basis of trade talks with the EU once Britain leaves in March next year.

Tony Burke said: “Theresa May remains boxed into political contradictions of her own making, unable to guarantee the frictionless trade needed to secure jobs, while a hard border is threatened through the Irish Sea.

“It is a declaration of failure from a prime minister who promises one thing to Tory Brexiteers and another to business, while failing to move negotiations forward in Brussels. The result is a blindfold Brexit and years of uncertainty.

“Employers should not fall into the trap of expending their goodwill on Theresa May’s vague promises. This non-binding agreement will be utterly worthless as soon as the real talks begin.

“The only certainty it offers is uncertainty itself. It does nothing to stop hard right Tory Brexiteers coming along at a later date to fulfil their fantasy of the hardest Brexit possible.