The government’s inept handling of the Brexit process has contributed to Jaguar Land Rover’s (JLR) decision to cut working hours down to three days a week at its Castle Bromwich plant, Unite has said. 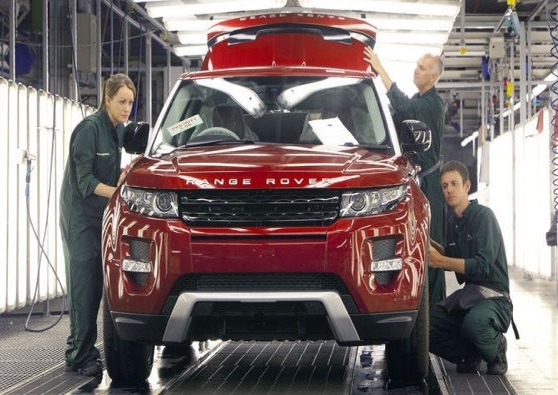 JLR told workers at the site today (September 17) that they will be working a three day week until Christmas.

Unite assistant general secretary Tony Burke said: “Today’s announcement from Jaguar Land Rover regarding Castle Bromwich follows on the warning last week from JLR CEO Ralf Speth about the future of JLR in the UK in the event of a ‘hard Brexit’ and a bad Brexit deal.

“This is the continuing effect of the chaotic mismanagement of the Brexit negotiations by the government which has created uncertainty across the UK’s automotive industry and the manufacturing sector generally.

“It is also the result of the mishandling of how the UK makes a just transition from diesel and combustion engines to electric vehicles. Both issues have damaged the ‘jewel in the crown’ of UK manufacturing – our automotive industry.

“The situation is not helped when you have arch-Brexiteer MP Sir Bernard Jenkin accusing Ralf Speth of ‘making it up’ when it comes to Brexit and the car industry.

“Jenkins’ comments are highly irresponsible and misinformed when future employment is at stake and are entering into the world of fantasy economics.

“The government’s failure to grasp the needs of the automotive industry were further highlighted when prime minister Theresa May recently unveiled a £106 million funding package for the research and development of zero-emission vehicles. This, frankly, is peanuts.”

Unite senior convenor at JLR Castle Bromwich Mick Livingstone said: “Rather than Tory MPs, who have no idea what they are talking about sniping from the sidelines, they need to wake up and recognise the shambles they have created and the damage they are doing to the UK auto industry.”