Unite has warned of a Brexit-related “manufacturing meltdown” after the biggest fall in factory output in seven years. 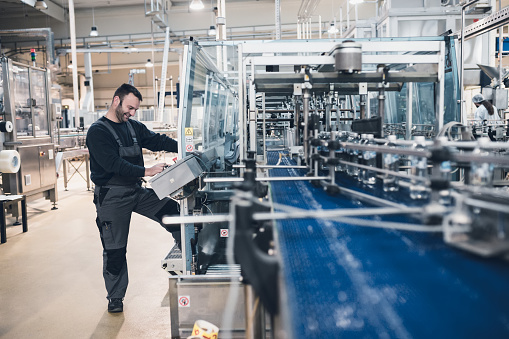 Unite assistant general secretary for manufacturing Steve Turner said: “We are on the precipice of a manufacturing meltdown turbo charged by Brexit uncertainty and the threat of a job destroying no deal Brexit.

“Today I’m in Northern Ireland where the future of Harland and Wolff is hanging by a thread, for sale signs hang over Bombardier and the future of Wright Bus remains uncertain. These are three manufacturing giants supporting thousands of jobs, families and communities.

“Elsewhere, uncertainty over the jobs of thousands of skilled well paid manufacturing jobs hang in the balance, from Vauxhall’s Ellesmere Port plant to British Steel. It’s time Boris Johnson woke up to the reality of the manufacturing emergency facing communities across the UK.

“These are jobs and communities that matter to the country’s future prosperity and the prospects of generations to come. Burning through millions of pounds on a no deal PR blitz will not secure UK manufacturing or the jobs it sustains. Boris Johnson and his team need to tell the UK’s talented manufacturing workers directly that they will not betray them or their families by condemning them to the dole queue.

“We urge Boris Johnson and his government to think very hard about the consequences of their actions. They must take no deal off the table and sit down with Unite and our manufacturing industry to hammer out a long term plan for manufacturing that invests in jobs, communities and innovation to ensure the UK continues to be the global leader it is.”