London has long been among the world’s top financial centres, but Brexit may now throw the capital’s vaunted status as a global banking mecca into question. 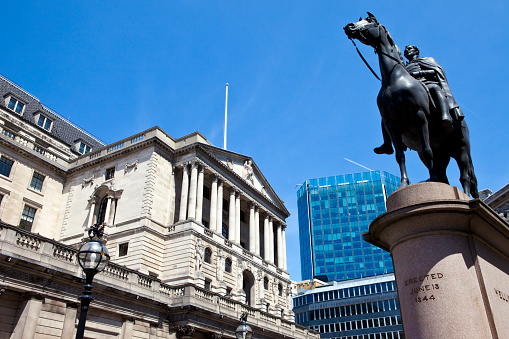 Even as Brexit negotiations have stalled into an impossibly stubborn and protracted impasse, many UK-based financial firms and banks have already committed to what’s been dubbed a ‘Brexodus’.

Barclays has moved its European headquarters to Dublin, and has taken €200bn in assets along with it. The Royal Bank of Scotland (RBS) has shifted£13bn to the Netherlands and about a third of its investment bank customers outside of the UK, representing 20 per cent of its total revenues.

Meanwhile, HSBC has moved ownership of many of its European subsidiaries from the UK to France ahead of Brexit. In February, the bank reported that it had set aside £128m for its Brexit contingency planning.

But for the vast majority of us who use only retail banks — for personal banking, mortgages, or small business loans, for example – and for the hundreds of thousands employed in retail banking, the impact of Brexit is not so clear-cut.

“There is no direct impact of Brexit on our members in finance, the majority of whom work in call centres and frontline roles in retail banking,” explained Unite national officer for finance Dominic Hook. “The decisions that many of the biggest banks have taken ahead of Brexit are instead related to investment banking and so would not affect the ordinary bank customer or retail bank worker as such.”

Still, taken together with a number of other trends in banking — from digitisation to bank branch closures to the recent ‘ring-fencing’ legislation which had to be implemented by January 1 this year and forces banks to separate risky investment banking from retail banking — any overall Brexit impact could still prove to be the tipping point for retail bank workers.

“The restructuring that some banks have had to undertake to comply with ring-fencing legislation has cost them a lot of money, as have Brexit preparations for their investment banking divisions,” Hook noted. “As we saw after the financial crash, it was ordinary frontline bank workers who paid for the mistakes of the few at the top – tens of thousands of retail banking jobs were slashed after the crash, pensions schemes were closed and branches were shut.

“Our fear now is, will the cost of preparing for Brexit and complying with ring-fencing be yet again borne by our members the way they took the hit during the financial crash? Branches and frontline jobs are often the easiest to cut.”

The Mayor of London, Sadiq Khan agreed that the government’s handling of Brexit had had a detrimental effect on the finance sector.

“London will always be a world leader for financial services – which supports hundreds of thousands of jobs around the country and pays taxes that fund public services including schools and the NHS,” he said.

“I’ve spoken to numerous business and trade union leaders overt recent months, from the Chief Executive of the London Stock Exchange to the General Secretary of Unite, as well as leaders of a number of major banks, and there is no doubt that the Government’s chaotic approach to Brexit has created great uncertainty for businesses and for workers, and has put jobs and growth at risk.”

A Unite finance rep from the North East who has asked to remain anonymous expressed his own fears, saying he believes that financial institutions will always take the easiest and cheapest decisions, whether or not it benefits customers or workers.

He explained that recently, his company has opened an office in Rotterdam to be able to transact with Europe, a move which had created some jobs there and had saved the company money in taxes.

“My concern is, if that’s successful – and obviously I don’t know what Brexit will look like so I can’t tie the two together now – if it’s cheaper to have the staff in Rotterdam then that tells me that if Brexit goes through and that saving is a realistic long-term saving then they will move staff out there, or recruit them out there and get rid of the UK staff.”

The Unite finance rep also expressed fears over any race to the bottom on employment rights post-Brexit.

“If employment law changes I think [financial firms] will always look for easier ways to do things and if Brexit allows them to do it I think they would,” he said. “If there’s a weakening in employment law I can see the company jumping on the back of it.”

This is why, Hook said, it’s more important to be part of a union as a finance worker now than ever before.

“Unite is the biggest union in finance and we’re committed to protecting our members, whatever the impact of Brexit now or in the future,” he said. “We will not allow banks to pass on the cost of Brexit to retail bank workers, nor will we let them use it as an excuse to further close branches or offshore support functions. Loyal bank workers and customers deserve better.”