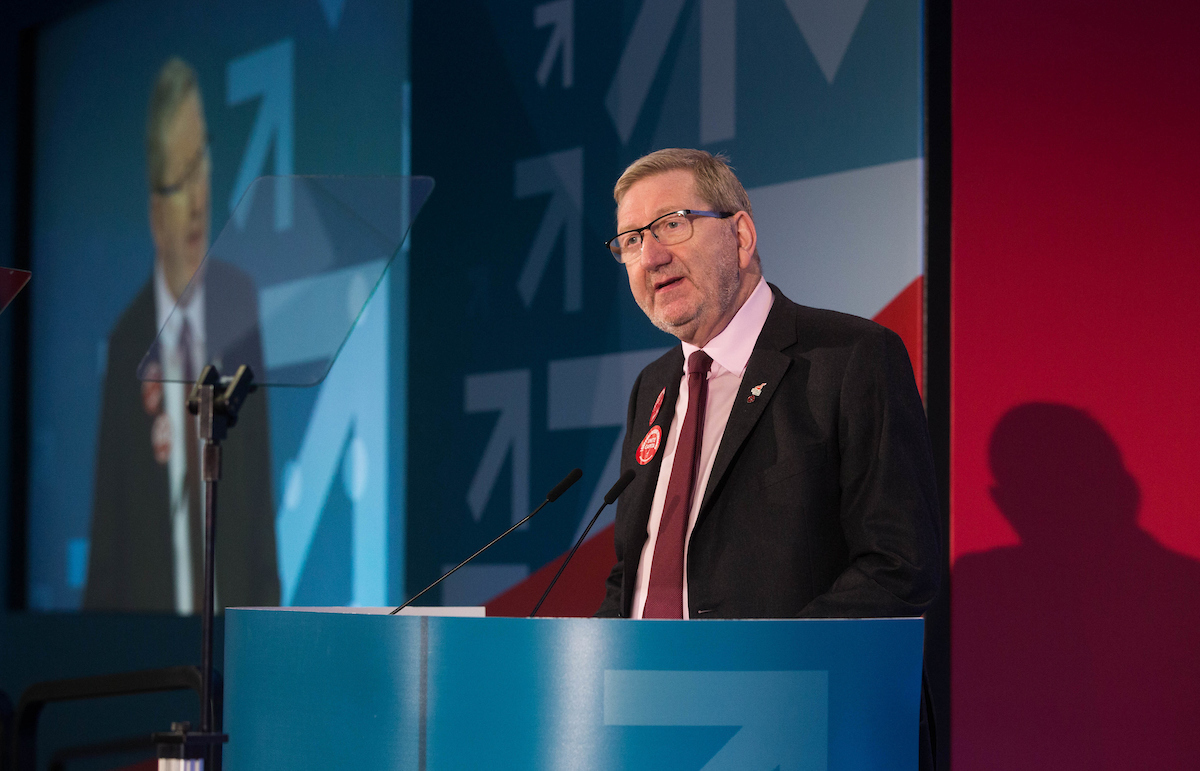 Unite shop floor leaders gathered in Brighton this week. Our sector conferences are a cornerstone of our union and our democracy, where the most important aspects of Unite’s life and work are debated.

We are above all an industrial organisation – 95% of what we do is work-related and we do it in an economic situation of great turbulence, confronting new challenges alongside some very familiar problems.

Work is disappearing in traditional union-organised sectors and emerging instead in very difficult areas like the “gig” economy”.

There is relentless pressure on our members’ jobs. In one sector after another, the threat of savage job cuts is a reality we are faced with.

In the public services, of course, this is being driven directly by the government, with its endless cuts affecting local authorities, the NHS and other vital provisions.

But of course the jobs crisis now spreads far wider – the steel industry, car plants like the Vauxhall factories sold to PSA, Bombardier and BAE Systems in aerospace, Monarch airlines, across the financial services industry.

Yet the problems we face in protecting jobs against this cull, and fighting the austerity that has led to the longest effective pay freeze in the history of economic data, risk paling into insignificance against those that may arise from Brexit.

Unite’s position was clear. We supported Remain in the referendum not because we are starry-eyed about the EU or its workings, but because we believe that access to the single market is vital to so many jobs.

Moreover, we acknowledged that some of the workers’ and social rights we depend on have come from EU legislation and agreements.

Along with most of the labour movement we lost that argument, and we accept the democratic result.

But every anxiety we had has only been increased by the Tory conduct of the Brexit negotiations since.

It is now clear that due to the government’s divisions and bungling, and under pressure from its extreme right elements, there is a serious danger of Britain crashing out of the EU without any sort of continuing trade agreement.

The CBI is warning that if there is no agreement by March, the economy will be in trouble. This raises the real danger of a jobs massacre for our members and many more.

That is why we support Labour’s constructive approach, which includes staying within the single market and customs union for four years, allowing time for mature negotiations to yield an agreement which can give British-based industries the maximum possible tariff-free access to the single market.

We have also worked to address one of the concerns which influenced the referendum among our members and working people more generally – the impact that the free movement of labour, so-called, has had on wage rates and conditions in certain sectors.

This is not the fault of any worker who has come here to seek a better life.  It is the responsibility exclusively of the unscrupulous employer looking to cheapen the value of labour power here in Britain.

That is why we have called for labour market regulation and control to address the forcing down of wages through the use of migrant labour.

Employers should only recruit labour abroad if they are covered by trade union recognition or a collective bargaining agreement for their company or sector.

The abuse of migrant labour would start to be eliminated straight away – and the right to work at decent rate of pay for all workers in Britain can be protected.

We know great changes are on their way in our country.  A progressive Labour Party is advancing, and a weak and incompetent Tory government is disintegrating.

People in Britain – and Ireland too – are sick of rising inequality, cuts in public services and stagnant wages while tax cheats go unpunished.

They want a different society, an end to the situation where a decent secure job and a place to live are unobtainable for millions.

Those changes will never be achieved by government alone.  Society cannot be transformed solely from the top.

History teaches us that working people only prosper when trade unions are powerful.  What we achieve in the workplace can do as much to make our countries better places to live in as almost any decree from Whitehall.

So let us go forward determined to play our full part in changing Britain and Ireland for the better and build our union, equipped and ready to put is full weight in the scales on the side of justice.

A longer version of this article appears in the Morning Star newspaper.