The aerospace industry is the flag carrier of UK manufacturing. From Yeovil to Broughton, Unite members are vital to the success of an international network which results in world class aircraft. This £29bn industry is a global leader second only to the United States, employing 116,000 workers. Brexit must not be allowed to undermine this success. 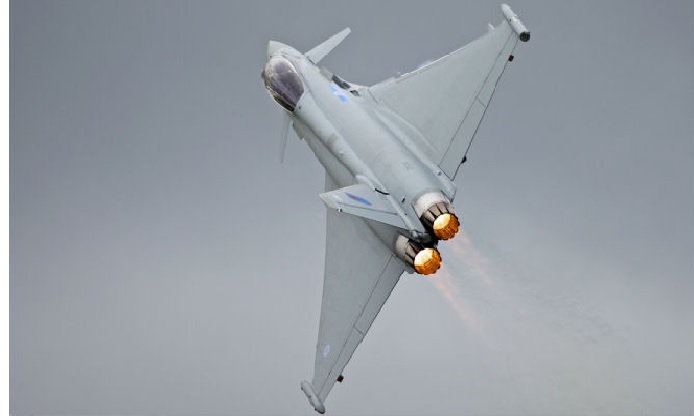 The newly formed Unite Manufacturing Combine, which brings together shop stewards and senior reps from across inter-dependent sectors, will today publish new analysis into the impact of Brexit to prevent just that.

The report, Brexit on Our Terms, explains why the UK must retain all that is useful from the EU, such as workers’ rights and tariff free access to Europe, while seizing all the new opportunities that Brexit may bring.

The uncertainty that has engulfed industry since the referendum has not been caused by the result itself, but rather by the government’s utter lack of a plan for how to handle it. It falls to Unite, as the collective voice of half a million manufacturing workers, to bring clarity to the confusion.

For example, there is no doubt that the success of our aerospace industry has been underpinned by the UK’s access to the Single Market. This has allowed firms like Airbus, BAE and Rolls-Royce to benefit from a close knit UK-Europe supply chain which isn’t obstructed or delayed by borders or tariffs.

No project underlines this point more than the Airbus A380, the world’s largest passenger plane. The aircraft’s wings are manufactured by the 5,000 strong Unite organised workforce in Broughton, North Wales, before being shipped from Mostyn docks (with further help from Unite members) to the final assembly lines at Toulouse.

By the time the plane’s Derby-made Rolls-Royce Trent 900 engines are fitted, the A380 is 50% British content. The continued ability for UK engineers to contribute to such globally important projects ultimately secures jobs. This is why we are calling for tariff-free access to the Single Market to be a non-negotiable red line for the forthcoming Brexit negotiations.

Securing tariff free access to the Single Market would be a major step to ending the uncertainty, but to truly mitigate the impact of Brexit, the issue must be linked to the government’s promise of an industrial strategy.

If it is to mean anything such a strategy must ensure that government investment replaces any lost EU research funding, while retaining the standards and workers’ rights underpinned by Europe.

For example, UK aerospace has been a beneficiary of EU research funding, worth £100 million each year. This includes access to the Clean Sky funding initiative which has funded new projects such as the Green Rotorcraft, worked on by Unite members at AgustaWestland and Airbus Helicopters, which reduces rotor noise and power consumption.

Similarly, Unite workers at Rolls-Royce in Derby have received funding for the Sustainable and Green Engines project, which has funded pioneering engine technology to reduce fuel consumption, noise levels and nitrous oxides. This is the sort of Advanced Manufacturing which must be safeguarded.

A proper industrial strategy must go beyond simply retaining the best of the EU, it must look at the long term future of UK manufacturing. From strategic use of the £200bn public sector procurement budget to investment in apprenticeships, removing the barriers to re-shoring jobs and intervening on behalf of our strategic industries; a true industrial strategy must marshal all options within the government’s industrial tool kit.

This is the only way to make sure that UK aerospace not only weathers the storm of Brexit, but emerges stronger from it.

Phil Entwhistle is a Unite EC member for the chemicals, pharmaceuticals, process and textiles manufacturing combine.