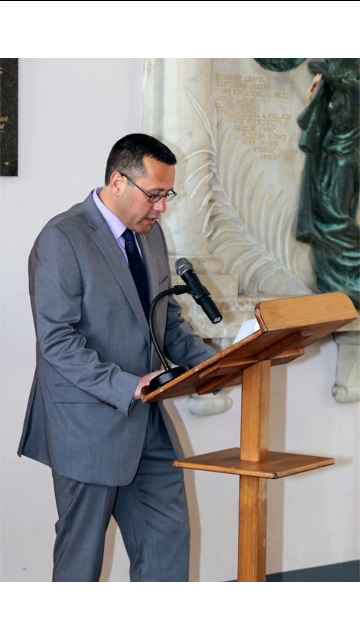 While the British government’s Brexit negotiations are, rightly, focussed on retaining a frictionless Irish land border, albeit that their proposals have been dismissed by some as fantasy, here in Gibraltar we are badly in need of assurance that our post-exit border is also high on the priority list.

When the supply of health service workers from across a hard border with Spain – Gibraltar is not at all like Northern Ireland in that respect – is a basic necessity for living, the fundamental need for the preservation of freedom of movement for people, services and capital is starkly drawn.

Unite welcomed Labour’s support for staying in the EU single market after the Brexit negotiations have finished. Such a policy would avoid the damaging economic cliff edge for the British and Gibraltar economies after March 2019. Our jobs and living standards are on the line and we hope that Labour’s approach will ensure that our concerns are properly discussed in Brexit negotiations.

The closure of the border by Franco in 1969 had a huge political and social impact on our territory. Overnight, Gibraltar lost its Spanish labour force and was forced to bring in hundreds of workers from Morocco to keep services running, while being largely sustained by the UK economy through grants-in-aid.

Of course the British military presence contributed some 60 per cent to Gibraltar’s economy by 1984, a year before the border was fully reopened. It contributes just two per cent now, compared to the 30 per cent that, for example, tourism brings.

Staffing hospitals and care homes is now one of our biggest concerns should any restriction on the free movement of people between Spain and Gibraltar be imposed. Some 12,000 workers cross the border every day for work and are pivotal to the health and care sectors, as well as tourism, construction, the online gaming industry, finance and shipping.

We know employers are already making contingency plans for the post-Brexit economic landscape. They will stay for now, the tax regime here is too favourable for them to relocate overnight, but our members are rightly worried about their futures.

Gibraltar is the third largest employer in the seven bordering municipalities of Andalucia – the Campo de Gibraltar. But it’s also a very small place. It simply can’t house the thousands of workers the economy needs.

While the Spanish government has relaxed its tone somewhat in relation to its veto over any post-Brexit relationship between the EU and Gibraltar, historically we are not encouraged. When relations are strained we tend to see them reflected at the border. We suffered long queues earlier this year, and of course there were the much publicised queues at Spanish airports this summer after the introduction of stricter passport checks, albeit that those were as a result of the new Schengen area rules and were not confined to Spain.

While the delays at the moment in our border are nothing like those generated by the Spanish authorities in 2014, it’s just not tolerable for working people to have to wait in line for hours, just to get to work.

And with at least 80 per cent of goods from the UK coming to Gibraltar by road the firms transporting them need guarantees too. What future is there for, as an example, supermarket chain Morrisons if it can’t bring its produce through the land border daily, and quickly?

It’s unlikely to embrace the additional costs and time involved in putting its produce onto ships, especially if it faces new import tariffs as a result of Britain crashing out of the single market that will inevitably push up food prices.

But while the Gibraltar government tells us it has assurances from UK ministers that they will demand continued single market access for us, we feel we are in the Spanish government’s hands. We need to believe that Madrid cares about the thousands of Spanish and EU nationals who work here, and the families who live here.

It’s difficult though to trust that our members, and all those who live or work on the Rock, will not still be used as bargaining chips further down the line. This is why Unite has called for the preservation of Gibraltar’s “special status” within the EU, irrespective of Brexit.

Special status for Gibraltar means the Rock retaining all the current benefits that it currently needs to sustain and develop its local economy, including freedom of movement for Gibraltarians, other residents and EU residents.

Gibraltar’s unique relationship with the EU was first enshrined in the Treaty of Accession, which came into force in 1973. There are also the precedents set by the overseas countries and territories (OCT), which have a privileged relationship with the EU through a link to a full member state. They have the opportunity to retain a privileged trading relationship through that state, and can also opt into EU provisions on the freedom of movement for workers.

The UK only has responsibility for the Rock’s “external relations” and defence, with its economy managed and controlled by the elected government of Gibraltar. While the Rock is inarguably sovereign it retains an economic interdependency with the member state Spain. To establish such a link it would be possible to cite the Cordoba Agreement of 2006, which enshrines the need for free travel access across the frontier.

As the agreement which settles the new relationship between the UK and the EU will need to be ratified by all member states, including Spain, it is vital that the UK does not conclude a deal which does not also benefit Gibraltar. The British government must get this right. Gibraltar must secure a differentiated exit package which acknowledges the Rock’s special status and protects the freedom of movement of people and services and access to the single market.