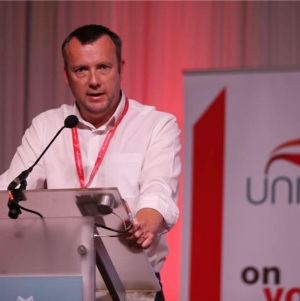 I suppose I better write something about Brexit. In fact, in the months to come we are all going to have to focus a lot on Brexit and this blog will return to the issue on many occasions. But I have been somewhat reluctant to write on it to date.

My reluctance does not stem from any lack of interest in the matter, still less from any lack of appreciation of the massive ramifications of current Brexit ‘negotiations’. No. My reluctance here stems from two things. One is the sheer breadth of the issues and conversations that need to not only happen, but to manifest themselves in a whole series of trade agreements, customs arrangements and treaties. And the second is that, in having that discussion, it is necessary to do so in a way which may seem critical of the parties involved for, to date, the ‘debate’ at a political level has been somewhat surreal.

Let’s begin today by looking at the main positions of the protagonists so far. They appear to be, in no particular order, the European Union, the Government of Britain and Northern Ireland, the elected representatives of the people of Northern Ireland, and the government in the Republic of Ireland. The reality however is that this issue will have lasting and profound effects on the people, the citizens, of Ireland, Britain and the European Union. So how well are those people being served in the process to date?

I well remember the night of the Brexit count. A knife edge vote that swung this way, then that, and resulted in a very tight, but profound, outcome – Britain had decided to leave the European Union. The relationship between the European Union and Britain had always been fraught, and not just from Britain’s side either. Many now forget that Britain’s initial applications to join the then European Economic Community (EEC) in 1963 and 1967 were vetoed by France. Charles De Gaulle explained this by suggesting that the British economy was ‘incompatible with Europe’, and that he suspected that Britain retained a deep seated hostility to the pan-European project. It was Edward Heath’s Conservative Government that ultimately brought Britain into the project in 1972. An uneasy ‘union’ was born. When Britain voted to leave the EU on 23 June 2016, it was but the latest of many trysts that country had had with the notion. In fact, there has hardly been an election in over 40 years there where Europe wasn’t a massively controversial issue. There had even been a previous referendum that voted to ‘Remain’ in 1975, and of course Britain also refused to join the single currency project.

But whether the European Union likes it or not, the massive continent-wide support for a peaceful alliance of nations creating a social project of mutual benefit to citizens is simply not translating into widespread public support for what is now a militarised economic union pursuing aggressive policies of neoliberalism, and behaving in an increasingly anti-democratic manner.

One would have hoped that, in addition to the understandable frustration at EU level with the downright dishonesty that characterised the Brexiteers’ campaigning, the EU would have found this a moment for necessary critical self-analysis too. For is there not widespread public concern across much of Europe with the current direction of travel? For example, are people not tiring of an elected European Parliament being routinely ignored by an unelected Commission? Is the EU not increasingly looking like economic imperialism where banks have simply replaced tanks? And does the 2008 economic catastrophe and the resultant bullying by the EU of Greece, Cyprus and – whisper it – Ireland not sound some type of alarm about whether a ‘one size fits all’ economic model is not just being used as a big stick to punish smaller, less, powerful, nations?

Put bluntly, is the EU currently developing a deeper union-wide democracy, or eroding it? An EU analysis of these questions and suitable reforms that go beyond ‘brit-bashing’ is surely required as even a minimal response to Brexit.

Notwithstanding my criticisms of the European Union, the fact is that Britain did not vote to leave it in order to swing back towards socialism, or an alternative to neoliberalism. On the contrary, much of the ‘leave’ campaign was constructed by the far right using nationalism and race hate as electoral battering rams. Brexiteers like Bill Cash, who campaigned within the Tory party for a referendum for years and who ensnared a gullible David Cameron into conceding one, are overtly on the ‘far right’ of even neoliberal Europe. They sit on their seats, and in their estates of privilege, knowing that they are well-protected from the economic effects of their jingoistic ravings. That massive sections of what used to be the working (as in, they used to have jobs and industry to work in) class fell for blunt empty nationalism is a sadly predictable consequence of the hollowing-out of industrial Britain, not only by Thatcher, but by her successor Tony Blair and his ‘New Labour’.

Unfortunately almost two years on, while the EU finger wags furiously, the debate in Britain continues to be conducted in these terms. Just listen to Jacob Rees-Mogg – if you can bear to. With a Prime Minister now utterly lacking in authority, and a riven Tory party steering the ship of state headlong into a glacier, one can only hope that Labour get into power soon and that their recent sensible positioning regarding the required customs union is a portent that sense may yet prevail.

Here’s an interesting thought. Do you suspect that even Leo Varadkar and Simon Coveney now wish to see Jeremy Corbyn in Downing Street? I do.

While all this goes on, reports suggest that it is the people of Northern Ireland who will suffer economically more than any others post-Brexit. These reports make no differentiation between Orange and Green. They do not differentiate between those who support marriage equality and those who don’t, or those who want an Irish language act and those who don’t. And the economic effects of Brexit on the people of Northern Ireland will not differentiate between those who admire Arlene Foster, or those who think she has serious ethical questions to answer about the Renewable Heat Incentive overspend.

The DUP have overplayed their hand. Theresa May cannot deliver an open border in Ireland without a customs union, and the EU cannot agree to one without the other. To suggest otherwise is to conduct the debate in an atmosphere of unreality. What is more, it is an unreality that everyone is aware of yet is playing along with anyway. And, if the DUP’s ‘real’ position turns out to be that they could well live with a ‘hard’ border despite their protestations to the contrary, that must be seen in the context of Sinn Fein having viewed Brexit in the exact opposite way. Since the day of the vote, they have viewed Brexit as a sort of ‘trojan horse’ for a border poll as envisaged by the Good Friday Agreement.

The DUP and SF have so far not managed to work together, even on Brexit alone, in the common interests of the citizens in Northern Ireland as a whole. Such a political consensus has never been more necessary, and it is to be hoped for everyone’s sake in the coming months that it is not as remote as it seems.

Things are not as good as certain sources would have us believe in the Republic either. To begin with, what was presented as an ‘agreement’ on the Irish aspect in phase one is nothing of the sort. In addition, I can’t get my head around a conundrum which has been on my mind for almost two years now. What is going to happen if (I think it may be a ‘when’) what emerges is as follows – we either have border-free, tariff-free trade with the EU, or, we have border-free, tariff-free trade with Britain?

But we can’t have both.

What happens when the fantasy notion that everyone in this mess can have everything they want, simultaneously with their neighbours having the exact opposite, dissolves in the smoke and mirrors that it is? We in the South have not had a single discussion that I have heard about that potential outcome. We haven’t even positioned ourselves between both sides as we ought to have, instead lining up with the EU in a partisan manner which may yet come back to haunt is. After all, if the hard border we are determined to avoid happens anyway, it will be on this island that it will happen. And, when it comes to installing it and protecting the needs of the EU big guns, don’t be surprised if – just like after the crash of 08 and the austerity that followed – it is the EU which is again punishing us to save the overall project.

This article first appeared on the Unite for a Real Alternative blog.