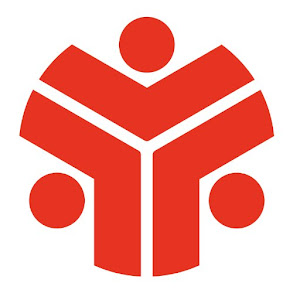 Brexit isn’t just a UK issue, it’s a European issue. A bad Brexit deal will affect workers across Europe, especially in the industrial and manufacturing sectors.

With jobs and workers’ rights on the line, industriAll Europe has been working with Unite the Union to demand a Brexit deal that has the least negative impact on European industry to keep industrial jobs in Europe. For us this means continued tariff and barrier free mutual access, full compatibility of safety and environmental regulations and the protection of current workers’ rights.

Getting the best Brexit deal is not proving to be an easy task with the UK Government not seeming to know exactly what kind of deal they want in the first place. But what about the other side of the table, the EU-27? How are things progressing in Brussels and how is Brexit likely to impact workers outside the UK?

Depending on the deal, quite a lot. Especially in our sectors, the industrial and manufacturing sectors, which have large and complex supply chains heavily integrated throughout Europe. Take aerospace for example, which has one million parts crossing the Channel every year during the assembly of an aircraft and helicopter gear boxes that cross the Channel eight times during the manufacturing process. With the potential tariffs, checks and additional procedures outside the Single Market or the Customs Union, we are talking a full blown administrative migraine as opposed to a headache. Additional costs and potential delays are not just bad for business they are bad for jobs.

And then there is access to skills and the freedom of movement of workers. High-tech machines need specialist engineers and workers being able to travel easily between manufacturing sites across Europe, sometimes to fix machines and equipment in real time, is crucial.

Skills takes us to research and development (R&D) and the European funding and collaboration which has enabled European manufacturing to be the most high-tech and innovative in the world. The UK has benefitted greatly and gets more than it puts in with regards to European research programmes. It would be detrimental for both the UK and the EU if current R&D programmes ended.

And then there is the issue at the heart of all trade unions, workers’ rights. What will happen to all the EU employment and social legislation that has benefitted millions of workers in the UK? The UK Government has said that it plans to “grandfather” all EU legislation, but what does the future hold for British workers’ rights under a Tory Government? The last thing European workers want is to enter into a race to the bottom with the UK. There is already enough competition with non-EU counties with low wages and even lower labour standards. The lowering of workers’ rights and deregulation must be avoided at all costs.

While the UK Government’s position is blurry, the EU-27 have been crystal clear in what is most important to them, the unity and the prosperity of the EU-27. Something that has been stressed in all our meetings whether with the Commission, Permanent Representations to the EU or MEPs.

For industriAll Europe our demands are clear, we need a Brexit deal that protects jobs and workers’ rights both in the UK and throughout the EU-27. Disrupting supply chains, increasing costs, administrative tasks and delays at borders is bad for European manufacturing and will only play into the hands of our non-European competitors.

We will continue to lobby the European Parliament, European Commission and national governments for the best deal for workers and we hope that the UK Government realises that an inward looking nationalist government is not in the interests of their industries or their workers.