Last week the Prime Minister made it clear that leaving the EU also meant being outside the Single Market and she left open whether we would fully remain in the Customs Union.

Unite sees this as a disastrous position which will have severe consequences for our members in manufacturing. 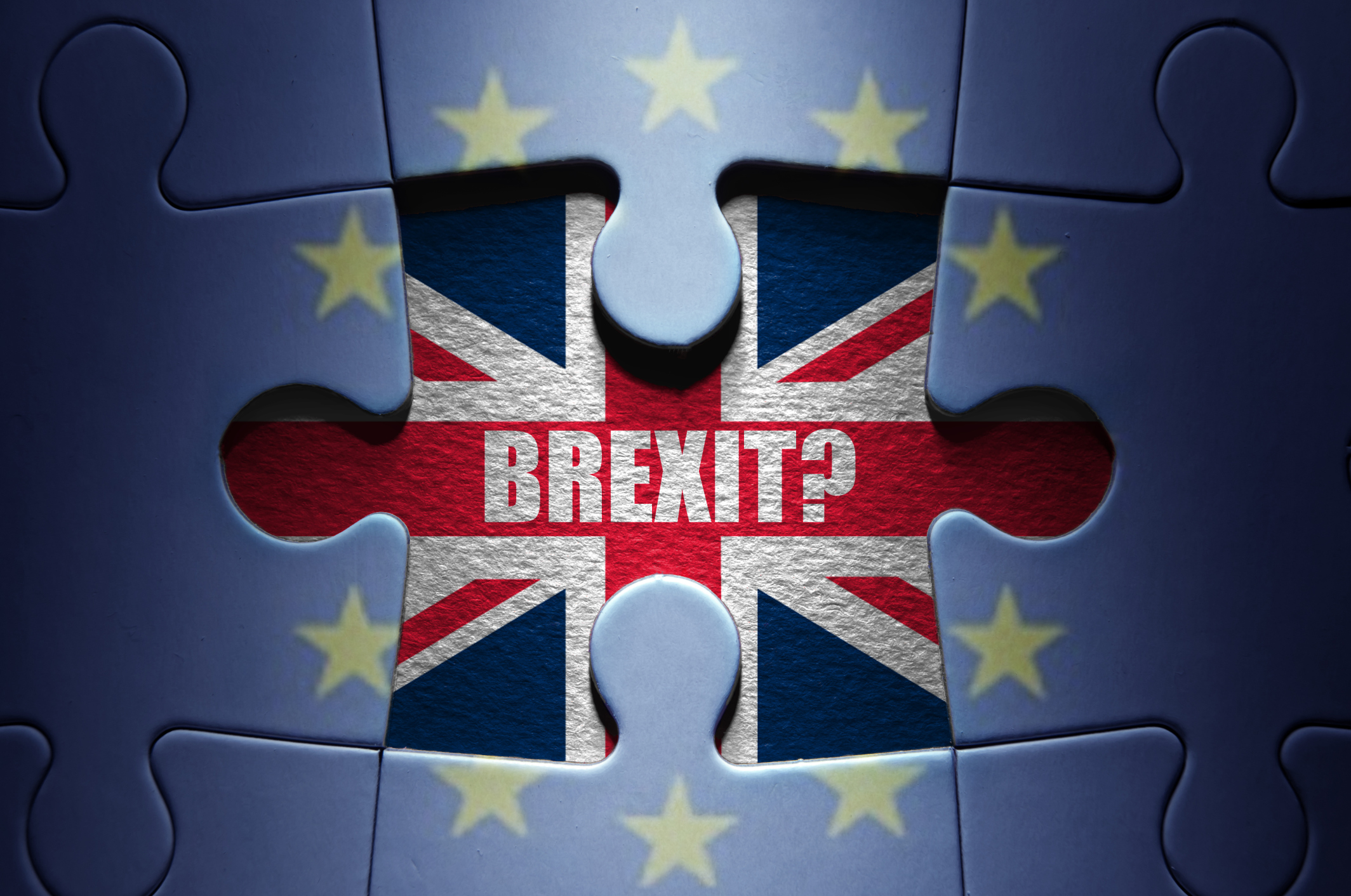 That is why Unite is putting up a vigorous fight against the decision to leave the Single Market and Customs Union and opposing a Hard Brexit because we have to be absolutely clear with our members that well paid, decent jobs and future investment are now at stake.

Anybody who believes that leaving the Single Market and the Customs Union and trying to do ad hoc Trade Deals around the world to compensate is living in ‘cloud cuckoo’ land and I shall explain why.

Hundreds of thousands of skilled jobs in science, automotives, aerospace, engineering and manufacturing are now under threat.

These jobs form the backbone of the UK economy – for every single job in manufacturing, four jobs are supported elsewhere.

We have heard much from the government about rebalancing the economy away from the dependency on the finance and service sector and the only way to do this is to ensure we will have a strong and vibrant manufacturing sector.

It seems that the government have abandoned all hope of rebalancing the economy in favour of a “Hard Brexit” on which I will comment shortly.

Let me turn to the customs union: For the UK to be outside of the Customs Union we will not be able to play the significant role that we need in integrated supply chains.

At the moment there is what could be described as a “frictionless supply chain” which allows for the smooth import and export of components and parts for our manufacturing industries.

As Professor David Bailey of Aston University, who is a leading expert on the automotive industry, has pointed out supply chain companies handle components from countries such as Spain, Italy and France and their products could have crossed the Channel several times even before a car they go into is sold.

We are also aware that there will be on-costs for goods which for many companies will be unmanageable.

A Hard Brexit” will mean that companies who previously had committed to a long term future in the UK is now less attractive.

It is clear from the Prime Minister’s speech, she has caved in and is going for a “Hard Brexit”.

She asked the EU to reach a favourable Free Trade Agreement with us but in a blink of the eye she told the EU she would create a “low tax, de-regulated regime”.

May would transpose WTO Rules into the UK creating a “pound shop Britain” relying on low paid jobs; and she would turn the UK into a an offshore tax haven with the service sector left to drive the economy.

This would be a disaster.

You will recall that following Brexit people like Boris Johnson told us not to worry we would get a deal such as the one Norway, or Switzerland has with the EU.

Others in government made unwise statements that the EU and other countries would be clambering to reach agreements with us and that we should have no fears. It will all be ok.

They conveniently forgot that if the UK left the EU without an EU-UK Trade Deal, UK exporters could face costs of £5.2 billion in tariffs on goods sold to the EU by the UK.

In turn, EU exporters could also face £12.9b in tariffs on goods entering the UK.

Outside of the Single Market the default mechanism will be for the UK to pay the common external tariff which differs sector by sector.

The value of EU exports across the automotive sector was over £10 billion in 2015 and is 49 percent of all UK car makers exports.

Take Nissan in Sunderland, where exports to the Single Market are around £2.9 billion a year.

The Trade Body, the SMMT, has said that being outside of the Single Market, the on-costs on a UK made car equates to £1500 per car.

Multiply that by 400,000 cars, the number Nissan exports to the EU, and then multiply that by the lifespan of a new model, approximately six years, and you will see the on-cost is astronomical.

You don’t need to be a genius to work out why the CEO of Nissan, having secured a ‘private deal’ with the government has now said they will have to think again.

The same goes for Toyota and undoubtedly will go for other automotive companies as well.

All the indications are that sectors such as chemicals will be badly affected – 60 percent of chemical industry exports from the UK are to the EU and chemicals are the UK’s largest manufacturing exporter.

It is also anticipated that it would add up to 30 percent on the cost of food manufactured in the UK.

Let’s also look at Airbus at Broughton. The company Head Office is in France.

Wings made in Broughton for the A380 are transported down the River Dee and by sea to France.

Other wings go via aircraft to Germany and France.

So if we are outside of the Customs Union then each time one of these journeys takes place the potential for Customs checks, paperwork etc, will cause massive delays – endangering the business here in the UK at Broughton and Filton.

All of this of course is creating massive uncertainty.

The government does not have a coherent plan and has failed in our view to listen to the voice, not only of workers, but also of manufacturing industry.

That is why we have been working hard to keep contact with manufacturing Trade Associations to lobby and campaign for retaining membership of the Single Market and a seat at the table –not just for manufacturing but also for people who work in the industries – as well as continued investment in UK manufacturing and the protection of Employment Rights.

The EEF, CIA, ADS, UKPIA , the SMMT and the Ceramics Confederation agree with our aims and we are involved in establishing a consensus on the need for the government to listen to the voice of industry and our members.

Those meetings are ongoing and we will not let up in defending our members – whether they voted to remain or to leave – because UK manufacturing undoubtedly faces a catastrophe under this government’s policies.

Turning to Trade Agreements, you will see from the back of the booklet an info graphic which sets out the options that are open to us upon leaving the EU.

Of course the election of Donald Trump in the USA has compounded the issue and I am sure you are aware he unceremoniously dumped the Trans Pacific Trade Deal which we expect will be followed by TTIP and TiSA.

We believe the government rushed into meeting Trump promising him a state visit to the UK.

The purpose of the Government was to secure a commitment to a fast track a “shotgun” Trade Deal that will give workers nothing and will give corporations everything including secret courts to support companies and multi-nationals and access to buy up the NHS.

Outside of the EU the UK will have to secure over 50 Trade Agreements without having the experienced trade negotiators to handle the highly complex discussions which normally take a number of years.

The Prime Minister and the government will be in such a mess they will be happy to sign any Trade Agreements just to say that they’ve got them and to create some kind of stability.

However Germany has already started to out flank us.

Last week Merkel said that the EU and Germany could negotiate Trade Agreements with other countries, including those in the TPP/Pacific Rim countries who are now left high and dry, and also with countries such as Australia and China.

This will effectively lock out the UK – leaving us to pick up anything that Trump throws at us.

Having access to the Single Market and the Customs Union must be preferable to the ongoing and almost unlimited chaos that we believe we will face in manufacturing if we have a Hard Brexit.

On one final point: we cannot have a “successful” Brexit without an industrial strategy.

The government announced their outline for an industrial strategy recently and it was a truly disappointing document.

Provisions for apprenticeships and skills of just £17million was woeful.

On skills alone, being outside of the Single Market will have significant impact.

Engineering UK, a body with whom we have a good relationship, told our Manufacturing Combine we need 182,000 new engineers every year until 2022 just to catch up.

There is evidence of skilled workers from the EU are heading back home because of the uncertainty.

These are problems that can’t be overcome, as some have suggested by stating that we could call meetings of employers to discuss investment and skills agreements, without recognising the enormity of the task and the fact that we need our members fully on board with a strategy that maintains and defends our manufacturing sector.

There is a long road to go, things will be tough – but I am sure we must do all we can to protect jobs, investment and our manufacturing industry.

Tony Burke is the assistant general secretary of Unite. A version of this speech was given at Unite’s North West region Brexit conference on February 2 2016.