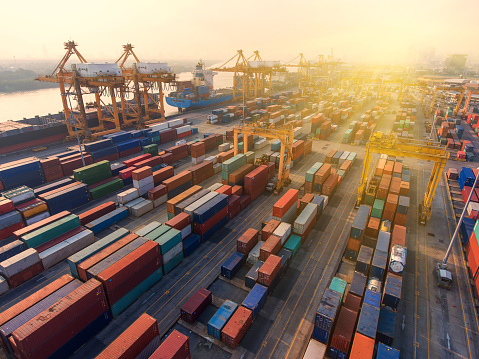 For Unite members in the logistics sector how the UK comes out of the EU is of the upmost concern. Nor will Brexit’s effect on the sector – which contributes a massive £121bn to the UK economy and is currently operates unimpeded across the EU – only apply to its 2.5m workers: Logistics is the lifeblood that keeps the heart of the British economy beating.

The system that underpins our nation’s road haulage industries is facing unprecedented upheavals over workers rights’, health and safety legislation and labour supplies. But as the clock ticks down on the two-year Brexit negotiations, one hazard the sector faces stands out as particularly time sensitive – changes to customs and border checks.

The potential for enormous disruption to international supply chains across a range of sectors – from food and retail distribution to manufacturing – is becoming more likely by the day. We need an outcome from the negotiations that keeps those supply chains flowing freely, not only for the sake of our international drivers but for the rest of the country too.

Unfortunately the Tories, stricken by the weak leadership of Theresa May and too paralysed by the influence of their hard Brexit MPs to make any substantive progress with the EU, are driving the country ever closer to a cliff edge Brexit that could see the movement of goods in and out of the country slow to a crawl. The Road Haulage Association warns disruption to the physical flow of goods over UK borders will be “catastrophic and punishing”, resulting in “friction and costs for all concerned”. Our members will be not immune from this.

The Prime Minister has said the UK will seek a transition period to alleviate the immediate risks. But that thanks to the in-fighting, power struggles and confusion gripping her cabinet, the negotiations are in stalemate and no headway has been made to put such an arrangement in place by the deadline of March 2019. The EU’s chief negotiator Michel Barnier has said plans for a transition deal cannot be made until the talks progress from their current deadlock.

Without a transition arrangement – to provide breathing space for the long and complicated task of negotiating a Brexit deal which maintains frictionless trade with the EU – Britain’s borders will be unprepared and plunged into chaos.

In September the boss of Her Majesty’s Revenue and Customs, John Thompson, told MPs on the Treasury select committee that the planned post-Brexit customs system constitutes a “mega-project” that could take seven years to complete and cost as much as £800m. The National Audit Office estimates the number of customs declarations could increase from 55m a year to 255m post-Brexit, with costs for businesses rising by as much as £9bn annually.

Warnings from industry over the issue are coming thick and fast. On September 12, Chancellor Philip Hammond admitted that UK ports could not deal with even “minutes” of customs checks per lorry, after the UK’s Chamber of Shipping said physical customs borders would be a “catastrophe” and result in lorries being “stacked up”.

At the Frankfurt Motor Show last month, a memo leaked to the press revealed that automotive industry executives had a recent “disillusioning” meeting with the government over worries that vital just-in-time supply chains will be disrupted. The memo said government officials had a “lack of detailed information” on what a customs deal will look like and were blocking questions on the matter.

The government needs to get its finger out and fast. A cliff edge Brexit could spell disaster for the UK logistics industry and the wider economy. More importantly, it is a safety issue for Unite’s international drivers. Long distance lorry driving is a difficult and stressful job and long border delays will inevitably lead to the dangerous combination of more hours and increased fatigue. Our members need a quick and simple process for crossing borders.

This has to be achieved by the time the Brexit negotiations finish in  spring 2019 and that means a transition deal in which the UK stays within the single market for a short additional period. Theresa May must gain control over the hard Brexiteers in her party who want to prevent the transition period and ensure it happens.