The only way the impact of Brexit on our manufacturing sectors can be mitigated is through a proactive industrial strategy with scientific research at its centre. This is the conclusion of a new report published by the Unite manufacturing combine titled Brexit on Our Terms: Unite Strategy for Manufacturing. 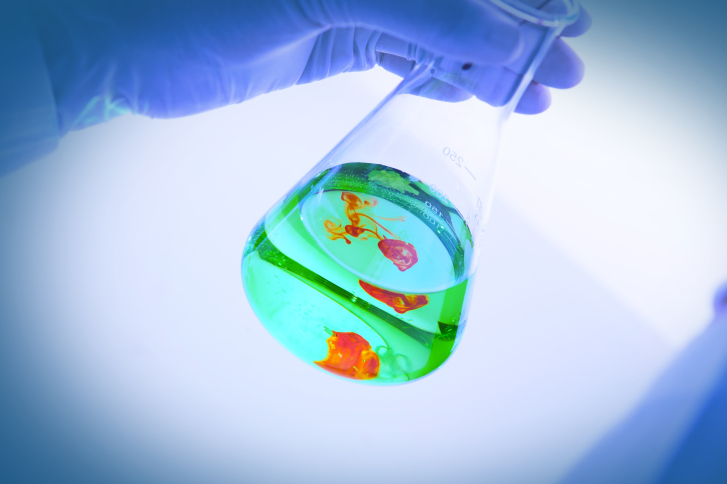 In the report we have analysed the UK’s options for alternative trading relationships with the European Union, such as the so-called ‘Norwegian’ or ‘Turkish’ options, and the sort of free trade deals advocated by Tory trade secretary Liam Fox.

Our analysis proposes a series of red lines for the upcoming negotiations which, if linked to a long-term and interventionist industrial strategy, can ensure the UK retains all that we have gained from membership of the EU.

In practice this would mean retaining vital workers’ rights and tariff-free trading access to the continent, while also ensuring all options are open to the government to support manufacturing, such as using the annual £200 billion procurement budget.

One vital area that the government must commit to either retaining or replacing in full is the investment for scientific research from the European Union and access to international research projects such as the EU’s Horizon2020 programme.

Scientific research is as vital to UK manufacturing as access to affordable energy, transport infrastructure or a highly skilled workforce. From self-driving cars to energy efficient rotor blades or the advanced materials used in the new Airbus A380 wings, scientific research lies behind the new manufacturing projects which will keep our production lines rolling.

The problem is that ‘Hard Brexit’ advocates such as Liam Fox have no idea how modern manufacturing actually works or how science contributes. Fox seems to believe that if the UK makes ‘Product A’, say a new Mini, and Germany makes ‘Product B’, such as a new Mercedes, the two countries simply trade each of these finished products.

Integrated
In truth manufacturing is far more integrated than that. In the case of the automotive industry, in the German state of Bavaria alone over 1,500 companies contribute parts to high-end UK assembled cars. The same is true for aerospace. While the wings of the Airbus A380 are made in Wales, they are shipped to France where they are joined by other components from Germany and Spain.

The Single Market is as much about frictionless supply chains as it is about imports and exports.

Exactly the same process is true of scientific research. Collectively, the EU is the world leader in terms of its global share of researchers (22.2 per cent), ahead of China (19.1 per cent) and the US (16.7 per cent). In this context it makes perfect sense that of the UK’s international scientific collaborations, 80 per cent include an EU partner.

This is also true of EU funding. Approximately 10 per cent of UK public funding for science came from the EU between 2007 and 2014. The UK has also won the most grants from the €80bn EU Horizon 2020 program.

We need look no further than Switzerland to see how ‘Hard Brexit’ puts all that at risk. In 2014 the Swiss held a referendum on limiting European migration, resulting in a close vote in favour of restrictions.

This placed the Swiss government on a collision course with the European Union, which made it clear that if Switzerland wishes to be part of the Single Market and therefore enjoy three of the ‘Four Freedoms’, than limiting migration is simply not possible.

To prove the point, Swiss science became the first casualty of this dispute when research teams were suddenly blocked from Horizon2020 funded projects. Clearly the UK government must be braced to mitigate any similar loss of funding.

While the UK will remain a member of the EU for at least two years following the triggering of ‘Article 50’, it is clear that a similar chilling effect is already taking hold on international projects, leading to a number of scientists from the EU turning down positions to work in the UK.

Chris Husbands, the Vice-Chancellor of Sheffield Hallam University told a House of Commons inquiry that his institution’s academics has already been asked to withdraw from three collaborative projects funded by Horizon 2020 “due to the perceived risk of having a UK partner on the project.”

The message the Combine is sending to the government is clear. The future of UK manufacturing is not simply a bargaining chip; it must be central to the negotiations. If the political will and ambition are there the uncertainty surrounding the future of UK science can be ended and R&D can take its place at the heart of a new industrial strategy.

John Storey is the Unite EC member for the chemicals, pharmaceuticals, process and textiles manufacturing combine.