As a rudderless Theresa May drifts the country ever closer to the Brexit deadline of 29 March – risking economic disaster by crashing out of the EU – those Tories cheering calamity on have been talking about a “managed no deal” that could include reducing tariffs on imports into the UK to zero. 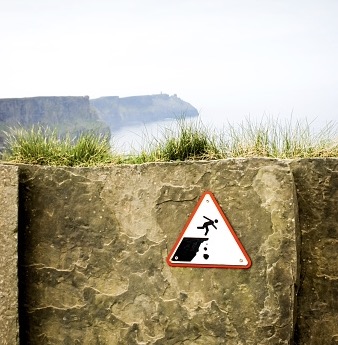 Earlier this month it was revealed that the UK government is considering such a move in the event of a no deal Brexit, with the Department of International Trade confirming that it is “one of many options on the table”.

Tory Brexiteers insist scrapping import tariffs – which under World Trade Organisation rules would have to apply to all nations that the UK has not signed a trade agreement with – would reduce prices for consumers by as much as 21 per cent and keep trade flowing, despite a mountain of evidence to the contrary.

For starters the Institute for Fiscal Studies has shown that although setting tariffs to zero would reduce prices by a maximum of 1.2 per cent, it would be already offset by the 2 per cent average price rise experienced because of the devaluation of the pound since the referendum.

The IFS’ paltry 1.2 per cent assessment is a best case scenario, with the real figure probably being be much lower and next to useless when it comes to saving people money.

The second myth surrounding the removal of import tariffs is that it would stimulate trade, even though it would provide absolutely no guarantee that other nations would remove theirs in return and would make striking new trade deals more difficult because anyone negotiating with the UK would have access to our markets anyway.

In fact, removing tariffs would devastate a range of domestic industries – in particular manufacturing and agriculture – due to a flood of cheap foreign goods entering the market and pushing UK firms out of business.

The ideological hero of the Tory Brexiteers, economist Patrick Minford, alone amongst his peers, admits as much.

In his attempts to win people over to a vision of a deregulated Britain that adheres to the purity of free trade economics, Minford has said, “Over time…it seems likely that we would mostly eliminate manufacturing.”

Even excluding the determination of no deal Tories to do away with workers’ rights and protections that would doubtlessly be offered as the next step to making the UK more competitive after cheap imports have laid waste to businesses and jobs, removing import tariffs would not do away with trade barriers.

Border and customs checks and the need to ensure products comply with regulations and standards, here and abroad, would still remain even if the UK set import tariffs to zero.

The next logical option for the further liberalisation of the UK market under a no deal Brexit would be to loosen domestic regulations and standards – think chlorinated chicken, hormone feed beef or the opening of the NHS to private firms from abroad as part of a trade deal with the US.

But that would not solve the issue of doing business with our biggest trading partner – the EU – as exports of goods would still face tariffs and non tariff trade barriers under no deal; the latter because of a potential divergence of standards and regulations that are uniform at present.

Meanwhile the export of services, which comprise 80 per cent of the British economy, would also be discriminated against because of the UK’s lack of a trade deal with the EU.

Unite assistant general secretary Steve Turner said no deal and the scrapping of import tariffs need to kicked into touch by the government.

He said, “Reducing tariffs to zero on all imports in the event of a no deal Brexit, as some suggest, would be an act of economic vandalism that would threaten jobs and leave UK manufacturers competing with both hands tied behind their backs.

“Government ministers need to hear the alarm bells that are ringing throughout the UK’s manufacturing communities and support British industry by taking a no deal Brexit off the table and securing tariff free frictionless trade with Europe.”