Trade union lawyers are warning that the commitments on the weakening of labour laws and standards, along with compliance with International Labour Organisation and European Social Charter obligations contained in the prime minister’s EU withdrawal agreement, will be ineffective. 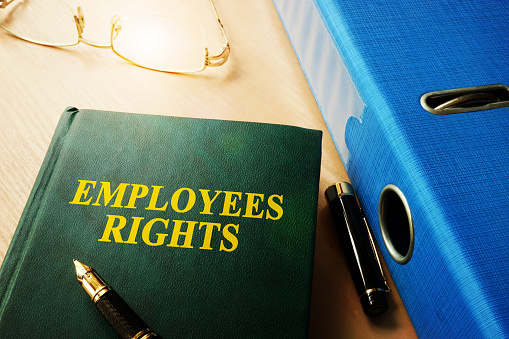 In particular, it will almost certainly be impossible for trade unions and workers to rely on those commitments, according to Richard Arthur, head of trade union law at Thompsons Solicitors.

Although the agreement itself will be legally binding between the UK and the EU, that does not mean it can be enforced by workers and trade unions. This is because the labour standards provisions are unlikely to be found to have so-called ‘direct effect’.

“This means that if specific EU-derived rights are watered down post-Brexit, the so-called non-regression commitments on labour standards will be largely ineffective,” Richard Arthur said. “It’s also likely that only a demonstrable reduction in the general level of worker protection would be sufficient to invoke the provision in the agreement  that the level of protection provided by law, regulations and practices is not reduced.”

The agreement includes a reaffirmation to commit to comply with international labour standards set down by the International Labour Organisation (ILO) and the European Social Charter. However, the UK already has a poor history of compliance with its international law obligations and there is nothing in the withdrawal agreement to suggest this would change, or to force the government to do so.

Richard Arthur said: “This government’s history on compliance with ILO conventions is shocking. For example, the ILO has criticised the UK’s industrial action legislation, including its ban on ‘sympathy action’ and has been unable to get the government to comply with its request to provide information on the progress made on facilitating electronic balloting under the Trade Union Act.

“The committee that supervises the European Social Charter said that the UK’s industrial action legislation, even before the Trade Union Act, didn’t conform with the charter. For example, the possibilities for workers to defend their interest through lawful collective action are expressly limited.

“Non-regression clauses are useless unless they can be enforced. Not including enforcement mechanisms demonstrates a disgraceful disregard for workers’ rights.”

The declaration continues that the parties are to “consider” the precise nature of commitments “in relevant areas having regard to the scope and depth of their future relationship”. These commitments “should contain appropriate and relevant Union and international standards, adequate mechanisms to ensure effective implementation domestically, enforcement and dispute settlement…”.

Richard Arthur added: “This is carte blanche for a Tory government hell-bent on destroying hard won employment rights derived from EU and international law. It doesn’t represent even a non-binding commitment to uphold international labour standards.

“The government gets to choose what standards it considers ‘appropriate’ and ‘relevant’. The text says nothing of direct effect, or enforcement by individuals. The so-called commitments in this paragraph would be worthless to trade union members.”