The economy is heading for a “deep freeze” Unite warned after it was revealed growth last year was at a six year low and that  manufacturing has gone into recession. 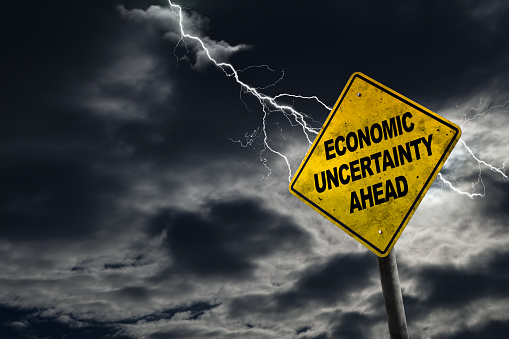 Overall growth during 2018 was down 0.4 per cent from the year before and the slowest since 2012, the Office for National Statistics (ONS) said today (11 February).

The ONS said a fall in car, steel and other manufacturing output, along with a decrease in Christmas high street spending, also resulted in a 0.4 per cent decrease in the UK’s gross domestic product (GDP) between November and December.

Analysis from the ONS showed that the country’s three biggest economic drivers – services, construction and manufacturing – all contracted during the last month of the year.

Worst hit was manufacturing, which declined for the sixth month in a row and went into recession.

He added: “There is currently a drag on growth as some businesses are forced to hold back on major investments and engage in cautionary stockpiling.”

The ONS figures come after forecasts of a slow down in 2019 because of Brexit and a weakening global economy.

Responding to today’s economic growth and output figures, Unite assistant general secretary Steve Tuner said: “All the warning signs are pointing to the economy heading for the deep freeze thanks to the government’s mishandling of the economy and Brexit uncertainty.

“The last time manufacturing output fell for six months in a row was during the financial crisis in 2008, while business investment is also down for the fourth quarter in row.”

With automotive and steel driving the downturn in manufacturing, Turner called on government ministers to put UK steel at the “heart of a turbo charged industrial strategy that supports decent jobs and UK plc”

“This must include government ministers guaranteeing the use of UK steel in major infrastructure projects and building the Royal Navy’s new solid support vessels in UK shipyards,” Turner said.

“The government also needs to take action on the dumping of cheap steel and inferior tyres from overseas.”

Turner blasted those advocating a reduction of tariffs to zero on all imports in the event of a no deal Brexit and demanded ministers take heed of the uncertainty their approach to leaving the EU is causing.

“It would be an act of economic vandalism that would threaten jobs and leave UK manufacturers competing with both hands tied behind their backs,” Turner said.

“Government ministers need to hear the alarm bells that are ringing throughout the UK’s manufacturing communities and support British industry by taking a no deal Brexit off the table and securing tariff free frictionless trade with Europe.”