Unite general secretary Len McCluskey has called on Labour MPs to “hold their nerve” and vote against the Brexit deal Theresa May brought back from the EU last week. 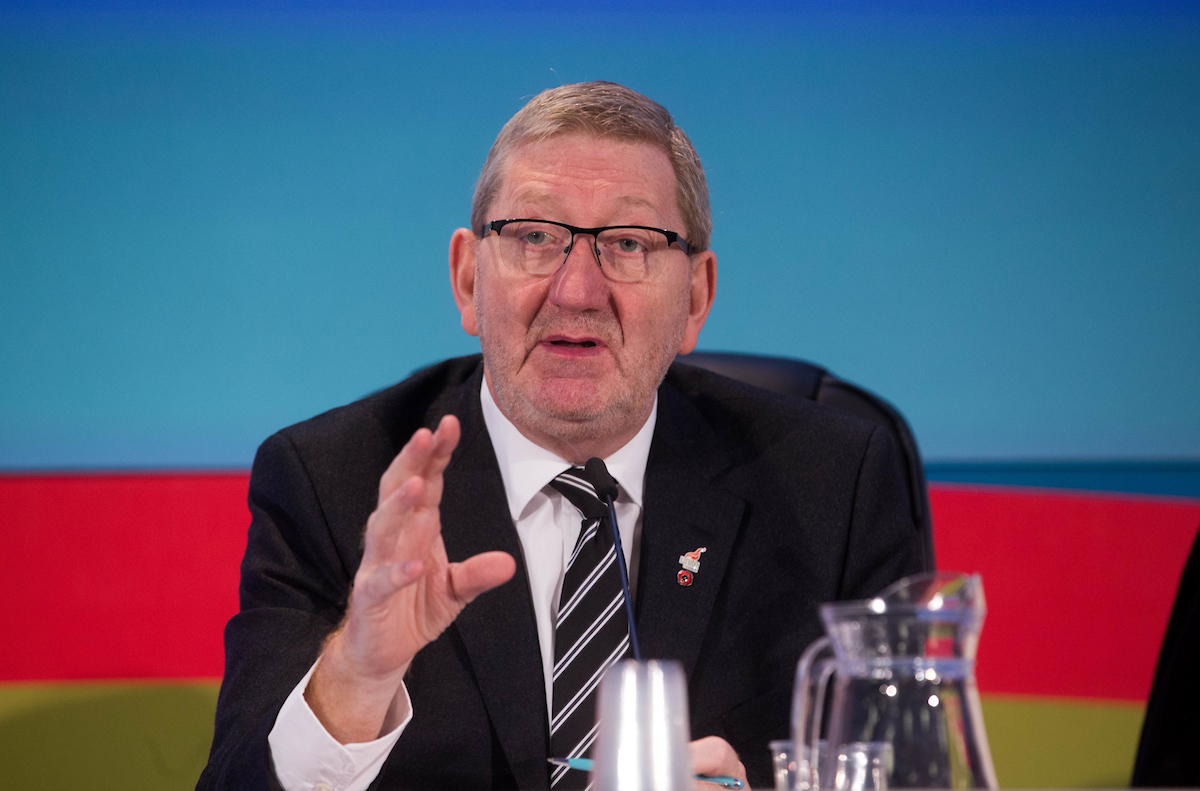 McCluskey said the unpopular deal, which is threatening May’s premiership, “addresses none of the concerns about Brexit and mitigates none of the risks”.

He rubbished May’s claim that there is now only a choice between her deal and no deal as “preposterous” and an “insult to the country”.

Writing in the Huffington Post, McCluskey said: “A shambolic negotiation has resulted in a shambolic deal, which offers Britain no control over its laws, money or borders.

“At best it offers temporary commitments which mean nothing to those making long-term investment decisions.

“Businesses sent out to bat for this deal now should understand that this is little more than 21 months more of peering over the cliff-edge. It is not the certainty that you are being sold.

“There are no protections for workers’ rights, no barrier-free market access guarantees. It leaves Britain locked into arrangements we cannot exit from except with the other parties’ permission, a circumstance none of us would accept in any area of our lives.”

The Prime Minister could get a deal through parliament, McCluskey said, if she took up Jeremy Corbyn’s offer of abandoning the extreme Brexiteers in her party and reaching across the aisle to work with Labour.

He said: “The deal that can fly means a permanent customs union – a move which would at a stroke allay many of the fears for jobs.

“It means entrenching the workers’ rights mandated by the EU which would be at risk from the hard-right hatchet-men of the Tory fringe.

“It would offer stable long-term guarantees to Northern Ireland over the border, protecting the historic Good Friday agreement that too many are irresponsibly prepared to play ducks-and-drakes with.

“And it would secure our sovereignty and our right to set our own migration policy, most importantly, based on proper labour market protections for all workers.”

McCluskey added: “I doubt Mrs May will take up the path offered by Corbyn seeking what is right for our nations – MPs should, therefore, hold their nerve, act for the people and vote down her plan.

“Parliament would do well to then endorse Labour’s honourable and sensible Brexit plan which, I believe, the EU would also accept, although I fear that the destructive factionalism of the Tory Party will prevent this.

“With a new Tory leader and prime minister there would be an moral imperative to have a real people’s vote in a General Election, when the British people could restore the credibility of government by electing Labour – the only party capable of delivering Brexit for both the 52 per cent and the 48 per cent.”