Manufacturing reps met with Cabinet Office minister Michael Gove today (August 29) to sound the alarm over the catastrophic impact a no-deal Brexit will have on their industries. 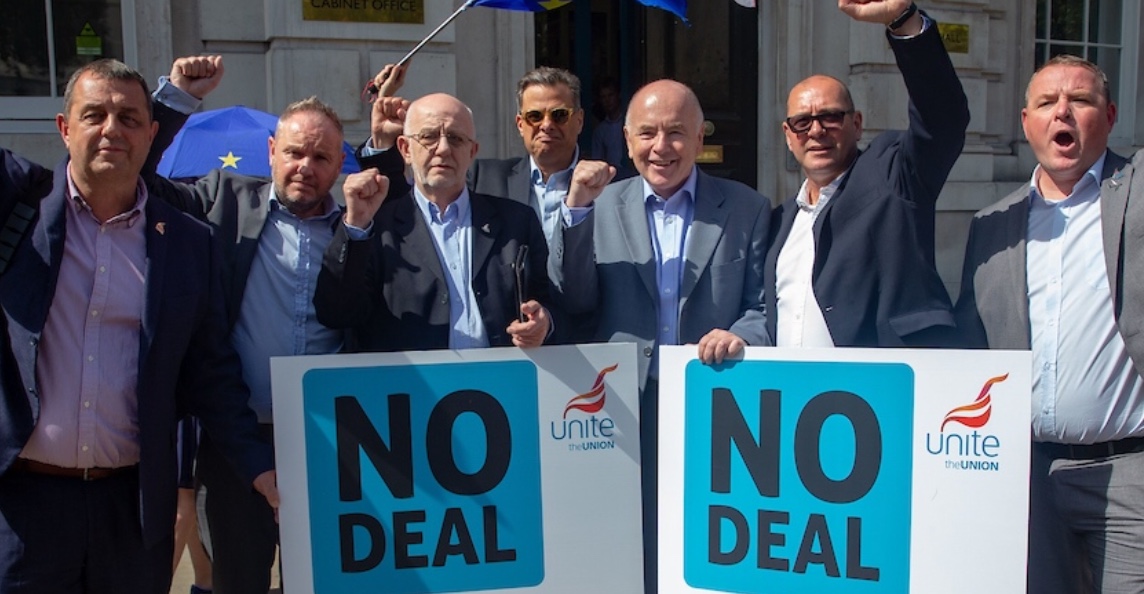 Unite and GMB convenors, representing workers from a range of manufacturing firms, from Airbus, to British Steel, Vauxhall, Rolls Royce, and more, demanded assurances on a number issues as a no-deal Brexit becomes increasingly likely.

But union leaders and reps were left with more questions than answers after Gove failed to give any specific guarantees on concerns such as the protection of ‘just in time’ supply chains, tariffs, anti-dumping measures, research and development, and investment decisions, among other issues – all of which underpin the very survival of the UK’s manufacturing base post-Brexit.

Still, Gove pledged continued dialogue and a meeting between reps and prime minister Boris Johnson himself  – a pledge that Unite will now pressure the Cabinet Office minister to honour.

Speaking to UniteLive after today’s meeting, Unite Toyota convenor Peter Tsouvallaris said, “[Gove] did listen but did he give us 100 per cent assurances? No he didn’t.

“He’s left in no doubt what a no deal Brexit means to my company,” he added. “My expectations were low and I wasn’t disappointed.”

“My fear now is, are we simply going to be part of the collateral damage [of a no deal Brexit]?” Tsouvallaris noted. “They wanted today’s meeting to be from the workers. We gave them the workers’ voice. The ball is now in their court.”

“For the first time working people got a face-to-face meeting with Michael Gove, who’s responsible for Brexit cabinet discussions,” he said. “We laid out in no uncertain terms – no holds barred – the catastrophically damaging impact a no deal Brexit will have on manufacturing industries across the UK. Hundreds of thousands of direct jobs and those in the supply chain and logistics will be at risk.

“This is not just about tariffs and non-tariff barriers. This is about the movement of professionals; this is about future investment decisions. This is about the disaster that will follow a no-deal Brexit – not just for the workforce but for families and our communities; for those kids who want the opportunity of an apprenticeship leading to a decent, well-paid, unionised job. Those jobs won’t be here in the future; they’ll be elsewhere in Europe.”

Turner added, “We didn’t get the assurances our members need about future job security after the 31st of October, so it’s an ongoing discussion for us — but a very worthwhile one putting workers in front of government for the first time.”