Unions and business leaders have eviscerated plans to reduce import tariffs on 87 per cent of goods to zero if the UK crashes out of the EU with no deal. 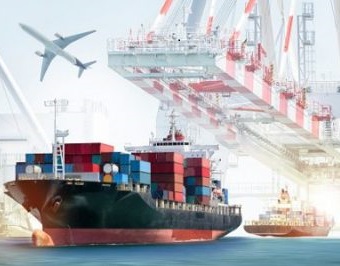 The plans were announced before a crucial vote in parliament this evening on whether or not to allow a no deal Brexit to occur on March 29.

Unite assistant general secretary Steve Turner said reducing import tariffs to nothing would be an act of “economic vandalism” and demanded MPs not just stop a no deal from occurring at the end of the month, but take steps to permanently prevent the option being taken.

Turner highlighted the already damaging impact low import tariffs have already had on the UK’s steel and tyre industries, with across-the-board reductions making undercutting worse for both industries and many others, particularly in the manufacturing sectors.

“The UK’s steel industry has been pushed to the brink because of the dumping of cheap Chinese steel, while our tyre industry is fighting for survival in the face of inferior alternatives flooding the market from overseas,” Turner said.

“Reducing tariffs to zero on the majority of imports, including steel, in the event of a no deal Brexit would destroy jobs and leave UK manufacturers competing with both hands tied behind their backs.

“MPs must oppose this reckless move on tariffs that imperils manufacturing communities across the UK and force the government to properly take no deal off the table.”

The government announced the changes as part of its attempts to prevent a £9bn increase in the cost of food imported from the EU if no deal occurs and the UK defaults to World Trade Organisation import tariffs.

A number of industry organisations condemned the government for failing to consult them over the potential changes and leaving them with no opportunity to mitigate the damaging impact of zero tariffs if they come into place in 16 days time.

Confederation of British Industry director general, Carolyn Fairbairn, said zero tariffs would be a “sledgehammer for our economy”.

She said: “This tells us everything that is wrong with a no-deal scenario. What we are hearing is the biggest change in terms of trade this country has faced since the mid-19th century being imposed on this country with no consultation with business, no time to prepare.

“This is no way to run a country. What we potentially are going to see is this imposition of new terms of trade at the same time as business is blocked out of its closest trading partner.”

Labour’s shadow international trade secretary, Barry Gardiner MP, said the no deal tariff plans are the “consequences of the government’s failure to negotiate a workable agreement with the EU”.

He said: “Labour’s alternative (of belonging to a customs union with the EU) would mean zero tariffs remain where zero tariffs already exist and would ensure continuity of existing trade without the threat of dumped goods from overseas undermining our producers.”